I think Kurt is really the only one who can truly attest to this, but I seem to develop a certain disorder when I am pregnant.

It really is unintentional, however seemingly uncontrollable.

Besides for the normal hormone changes and the complete urge to just punch random annoying people in the face {figuratively speaking - we ain't living in the Jersey Shore}.. I have developed Tourettes Coprolalia.

For those of you who don't know what that is, you can Wiki it.. {click Coprolalia}.. or to save some time, it's the swearing syndrome {often mistaken as Tourettes}.


I really don't know why I just can't seem to control myself. I mean, everyone curses, to their degree, in their head or under their breath - but not out loud. And for some reason I have lost all self control in that department. Maybe, subconsciously I have lost so much control, especially being pregnant {body, cravings, mood swings}, that this is the only way my mind copes to relieve the stress.

Now, I do have a four year old in the house. Gratefully I have not heard her say anything terrible. It's usually directed at Kurt {sorry, honey} and his computer game {@#$#%$@##@ STARCRAFT}..amongst other things**.

So besides for cursing like a pirate/sailor, I have also lost my ability to hold back any form of tears. I mean ANY.

Kurt and I were talking about our future possibilities within In-N-Out.

{Side note: for those of you who know me well, being away from California is one of the hardest things for me. I get terribly homesick and wish for the nice moisture rich sea air... and mexican food.. and thai food... and the beach.. and my family... oh dear I need to stop}

ANYWAY... So we were talking possible moves, when it came up that we may want/have to move to another spot in Utah. Now, the first thing that popped in my head wasn't "Oh dear Lord why would I spend one more day in Utah*{see disclaimer below}" but rather, "What will Reese do about all her friends?! She loves them all, and it will be so sad for her. I can't handle telling her she has to leave Maggie and Jaxon!! And our ward- where are we going to find another ward like this? And our house?!".... 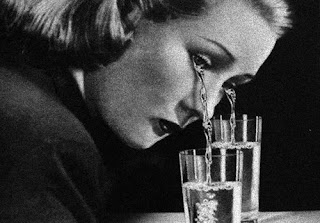 So I immediately started to cry, like a lot. Kurt was utterly confused because all of this was going on in my head, and it took like 5 minutes for me to compose myself enough to tell him what the heck was going on, then when I did, he just laughs {because he knows I'm all sorts of crazy right now} which makes me cry even MORE.


You may be asking yourself... "what brought all of this on?". Well, let me tell you about some crazy woman that tried to pull crazy stuff with me at the grocery store today.

It all started this afternoon.

I was reluctant to go to the grocery store due to the fact that I have two crazy toddlers who like to drive the shopping cart car.. or when those run out {every single time} they like to run their mini-carts into each other and then cry and scream about it.

And if I walk for more than 10 minutes I'm in severe pain the rest of the day. (PGP is a not fun thing)

So we arrive and we find that they have the shopping cart with the green car {huzzah!}. So I load my kids in and head straight for the Redbox booth.

MEANWHILE, some crazy dark haired 30-something lady with an AIR FORCE sweatshirt and leopard fuzzy slippers, darts in, grabs a cart, and heads straight for the Redbox booth as well {she walked in about a minute after me - we were halfway to the booth when she walked in the store}.

What happened next you ask? WELL this crazy woman decides that she was there 'first' and literally races me to the Redbox booth, runs her cart into my kids {who are in the car seat} with her cart and cuts me off with a loud cart 'crash' sound. 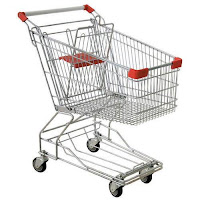 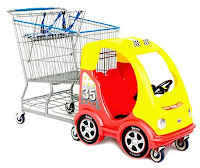 Now, I was not intentionally participating in the 'race' I was just trying to get out of her way so that she could pass behind me to get into the store. I had no idea that her intention was to get to the Redbox booth. Now, I may have mislead her because I was waddling due to my PGP... but I was clearly headed in that direction.

NOW. WHAT CRAZY BUTT WOMAN THINKS THAT RUNNING INTO A PREGNANT LADY WITH TWO TODDLERS IS OK? I MEAN, HAS SHE EVER BEEN PREGNANT.. DOES SHE KNOW THE CRAZY I COULD UNLEASH AT THAT VERY MOMENT?

phew.. well, she didn't apologize, {which is what polite people do}, she just ignored the fact that a volcano was about to erupt behind her and clicked to get some lame movie that wasn't even a new release, for like 5 minutes.

So {due to the aforementioned syndrome} I may have thought some not nice words towards her. Now, I wont write what I wrote down.. some of you have weak hearts.. but if we were watching Clean Fliks. it would have sounded like this:

"Excuse me, lady. What the heck is your problem? Un-***- believable. What the heck was that? female dog! She is so darn lucky my kids are right here. What a complete not nice lady. I'm may be pregnant but I can still kick your fat butt. I hope that movie was worth it... etc"

and then I started to tear up.. {ok maybe one or two tears managed to escape down my cheek.... }

I know, the swearing is terrible, and I swear it's worse because I'm in this current state of pregnancy.

So this was going through my head as I was walking away, completely dumbfounded on what had just happened. Then I realize....

I did not just think that in my head.

I just said that out loud.

How did I know that?

The produce men were laughing at me talking to myself while looking over at the lady still at the Redbox, and then back at me.

Now, I started this rant right after she ran into me.

I was wondering why she was taking so long at the Redbox booth....

And you want to know the CRAZIEST thing after that?

She started following me and the babies around the store. FOLLOWING US, every single aisle. And we were doing the 'bob and weave' approach to the grocery shopping.

Finally, I turned around, gave her the "can I help you? look", and she walked away briskly.

Now, I NEVER have the guts/audacity/rudeness to do this to strangers/people normally. I'm the "lets just forget and forgive, call her a 'butt-face' and ignore her, avoid eye contact..etc".

But not today, or any of these last few weeks I've been pregnant.

Normally I would feel awful that I had brought my thoughts a loud.. but not so much this time. Does this make me a bad person? I don't think so.. I just need to realize when I'm thinking something and when I'm actually saying it out loud.

The only other excuse I could possibly give when Heavenly Father asks me about this situation, is that I was pregnant with a boy and the extra testosterone going through my system was too much for me to handle.

I'm just glad I don't go out in public too often.

Yes, I am a self-proclaimed hermit.

I love pajamas too much.

Besides the fact that they are the only things that really fit and feel nice right now.


Disclaimer:
* When I speak of Utah, {and disliking it}, it's mainly just because it isn't my home. And the food is really terrible here. And the people are just nosey rude people who like to give unsolicited parenting advice every time I step out of the door. And the weather can be hard to deal with. And I have never seen so many really terrible drivers in my entire life.


HOWEVER,  I absolutely LOVE our ward. I have never met so many wonderful people. If I could transfer our ward to California, I would do that instantly. They are humble, hard working, helpful, funny, concerned, spiritual people who offer tremendous examples to Kurt and I.


OK - so just now- as I was writing this, someone from our ward just sent their daughter over and delivered a plate of hot, large, chocolate chip cookies.. AREN'T THEY AMAZING?!!!!!! she must have known I had a mini breakdown at the grocery store... somehow....

and did you notice the treatment for this on wikipedia is Botox?!!
It may GENETIC!
I feel a bad word coming on....

Hahaha I love all your venting about UT..I totally felt the same way the first 2 years I lived there, and then when I left I was actually sad! Now we're in AZ and I'd choose to go back to UT in a heart beat!! Growing up in SD is just kind of a curse cause nowhere else will ever compare to it!