I finally feel like an adult. Well, for at least 20 minutes today, I did.

When  we were at the park today,  there were a few young girls {9ish year old} running and playing. Reese was excited to have some 'friends' and started following them. After a while,  they all sat down underneath a tree and started playing with something. From what I could tell, it was a lighter. NOT COOL. Especially since Reese was sitting with them.

And then I turned to the girls and asked:

"What are you guys playing with?"

"It's not anything dangerous, is it?"

I picked Reese up,  with Everett in the other arm, and felt the need to talk to her about nice and naughty girls. And how the 'toy' those girls were playing with was VERY OWIE - and how good girls don't play with lighters, and tell lies to Mommy. I told Reesie that she was a very good girl and we play with friends who have dollies and bouncy balls. { I tried..}  She was upset that we had to leave her 'friends' but as I was talking to her she seemed to understand, and just wanted to go home. 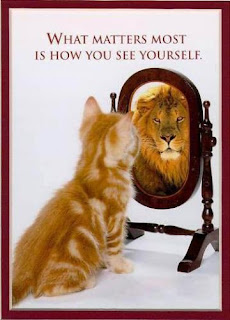 As I was walking and talking  to Reese, the other girls decided that they were leaving too. Their shoes just so happened to be next to ours, and as they were putting on their shoes, I debated whether or not to talk to them  about the lighter. As I went back and forth in my head .. this was my final conclusion before opening my mouth...  "ALEX- you are a mother of TWO children.. who CARES if these 9 year old girls think you are LAME. You are a MOTHER.. AN ADULT... you're just looking out for their good..JUST GET THE LIGHTER!"


this picture popped in my head...


"Do you girls still have that lighter you were playing with?"


(WRONG ANSWER and YES, I DO SEE YOU HIDING IT IN YOUR HAND) "Oh really, well, you need to throw that away. It's not safe, and very dirty"


"There's a trash can right over there. Go throw it away"

I just sat back and watched them to make sure they got rid of it.

Then the oldest girl- I call her the Ringleader- pretends to throw it away.. then I see her sneak it in her pocket...


When I saw that I immediately thought "DEVIL CHILD!!!!" but then I calmed down to see the rest of what she would do.

Her younger sister then checks her pockets and makes her throw it away. I now have Reese on my shoulders and Everett in his stroller. I stand about 50 feet away staring at the oldest girl to see what she was going to do. And she stood there WAITING for me to leave.. so she could get it from the trash and put it back in her pocket. 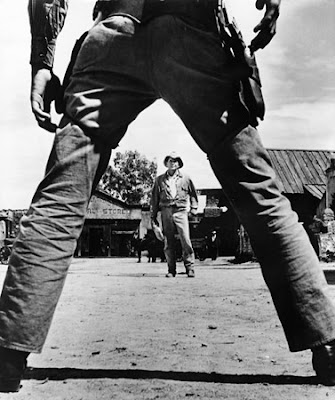 Finally, I could see her give up as I continued to give her a Mom look {I learned from the best}. All the girls then ran out of the park, and as they passed me I asked them if they threw it away. They all screamed "YES" and the ringleader yelled "MY SISTER MADE ME THROW IT AWAY"

She then went around the corner and hid.

That's when I went to the trash. Picked up the lighter {very lightly placed on a "hidden bottle"}, and put it in a different trash can.

Walking back home, I kept an eye on the street, just to make sure they didn't go back.

As I walked up to the house I had a epiphany: I have turned into my mother.

And I'm OK with that.
Posted by Alex Griffiths at 3:48 PM

Excellent Mother tactics, if i may say so myself!

Good job...when little kids give me sass I turn into the mother of all B words. I would have called her out at the very first time and made her hand it over and then lectured them about how liars go to hell! ha ha for real.

oh one time some little brats in my neighborhood were throwing rocks onto the sidewalk and i asked them why. They answered "so that the kids riding their bikes will crash!" so i told them they needed to clean them all up to which they replied no. So then I told them that if they didn't I would go tell their parents! Then the little brat (she is only 5!) said "go ahead!" so I did and then she got in trouble and I was so glad.

I love it when the mom inside comes out. Good Job!