One of my New Years 'resolutions' was to learn a new skill.. like sewing, or knitting, or quilting, or crocheting.

I see SOooo  many cute things, especially on ETSY that I want to get..

then I look at the price and..

then I freak out and find another listing... ok ...

Then I have a mini break down and a self-loathing time-out, cursing the day that I never learned to crochet.

Luckily one of my friends had purchased a hook and some yarn because we were going to learn together (we just never got around to it...) and left it at my house... in a bag.. hanging on the door.

So, after the self torment of trying to rationalize a $50 purchase for something made from a $3 hook and a $5 ball of yarn, I decided I better suck it up and YouTube {the crochet} out of it.

I found a great Australian lady with fabulous long nails to teach me the basics and show me how to make some cool things.

My first attempt was to make a scarf?? I don't really know what it turned out to be... I think I was just trying to practice holding the hook and getting used to it. But, Reese thinks I made her a scarf, so we'll just let her keep on thinking THAT....

Next she showed me how to make a newborn cocoon.... I decided I wanted to modify it a little (different yarn, larger stitch), so here's my finished project: 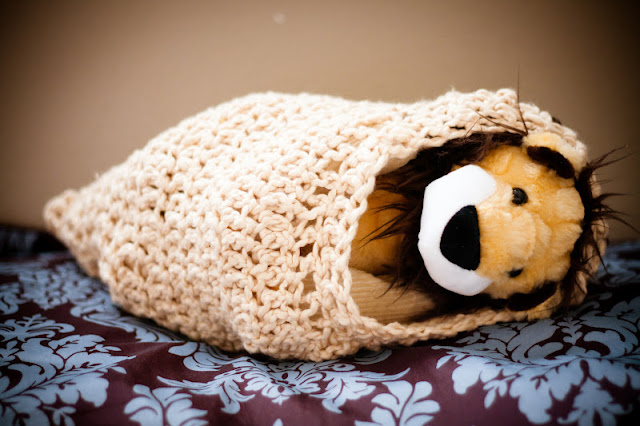 After feeling pretty confident in knowing the lingo, I decided I wanted to make a beanie for little bo.

On a side note: I have discovered that crocheting is like reading a book for me. Once I get started I can not put it down until I have finished it, or it's 3:30 in the morning and I'm in that weird limbo state where I'm not sure if I'm still awake or I've been crocheting a bow and arrow for Katniss. {Yay for March 23rd!}

Sooo... while discovering all sorts of crazy crochet people on YouTube, I came across the *perfect* beanie for Everett.

For those of you who don't know.. my son LOVES Angry Birds. If he sees a phone, any phone, he expects the game to be on it, and ready for him to play.. and then you will be his best friend, until your battery runs out. 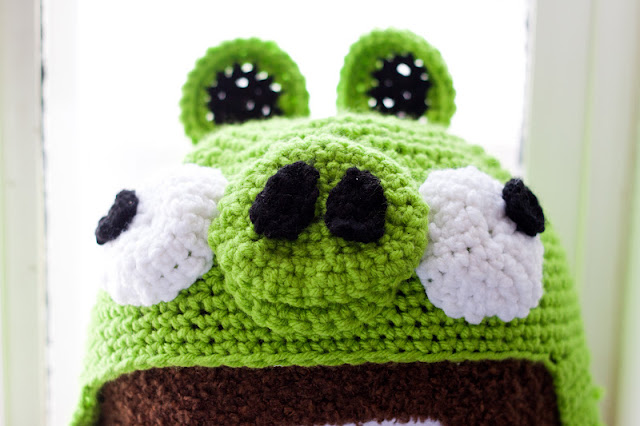 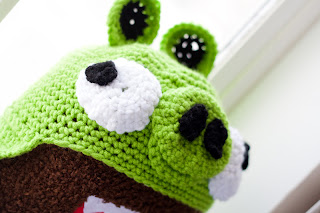 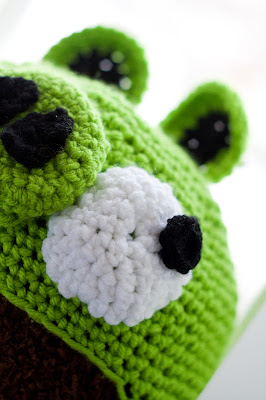 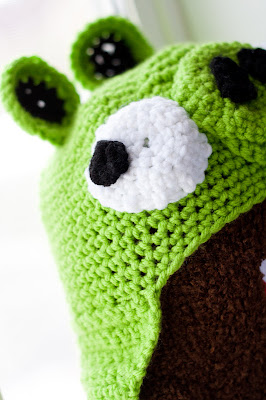 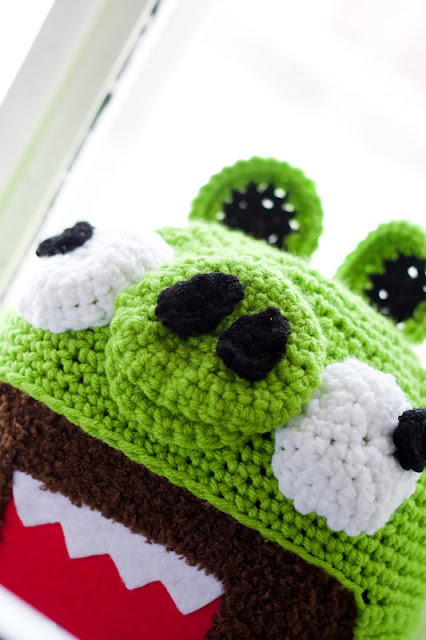 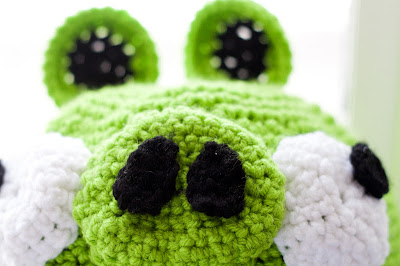 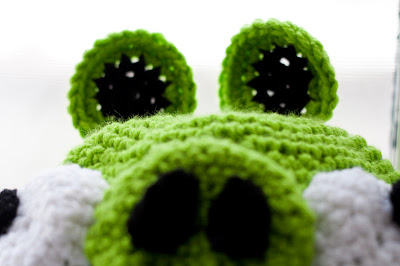 Ok, ok, so I got fancy with the camera angles.... I think it turned out pretty cool.

I had to modify/change a few things, I didn't really like the way hers looked, plus it was WAY too big for my little bo.

When Everett saw it this morning he LOVED it. He hasn't taken it off since.. well, he did take a bath today, so I took it to take some pictures of it... but other than that I think it's his favorite.

And THAT is the best feeling EVER!

My next big adventure in crocheting is to make a cute beanie for Reesie. I found a super adorable beanie idea (that she's not too thrilled about), but I think it's in my expertise range of beginner. However, it is not a YouTube video... it's just a 'pattern'

Take a look at this:
(I mean WTHeck?)

I'm sure this is super easy, and maybe I've already done this before... but what the heck does this say? I really need someone to walk me through this crochet language so I can crochet more than what
patient-women-who-make-YouTube-videos can offer.

So, for now, Reese will have to settle with something from YouTube.. or another video tutorial....

Now, the question remains.....where can I find a doggie-princess-crown-rapunzel-owl beanie tutorial?

hmm.. this may be a little tough.

OH MY GOSH! I FORGOT PICTURES OF EVERETT!! HERE THEY ARE: 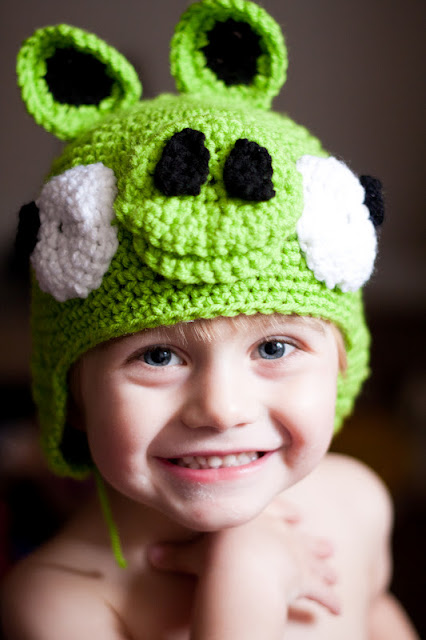 Posted by Alex Griffiths at 1:41 PM

Everett's Beanie turned out so cute! You did an excellent job. (Joce could probably translate the instructions for the Reese beanie)
I'm sure he will be the envy of all in nursery:))